The New Skool Skate Team competed in the SKATE Competition at Westwind Lakes Skatepark on Saturday, July 9, 2011. 13-year-old Anthony Azcuy got 2nd place in his Intermediate Division. Although Juan Mercado was nervous, he did a great job. Anthony and Juan went head-to-head with guys who were a several years older. So, in my book, Anthony won first place among 13-year-olds. It was the second time Anthony and Juan competed in a SKATE Competition. We are proud of our newest team member, Sam Suarez, who competed for the first time in the Beginner’s Division. Jose Castillo, age 7, won first place in his division (see Jose’s article here). Anthony, Juan, Sam, and Jose practice skateboarding every day, and it shows. Get a good look at them now because they’re on their way to the top. A big THANK YOU goes to the team’s sponsor, Jose Castillo of New Skool Sports. (We missed our oldest team member, Jay-Jay Garcia, at the competition; he was out of town.) 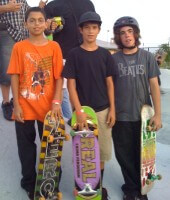 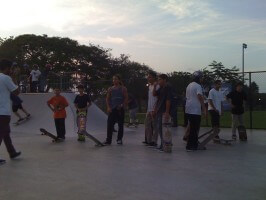 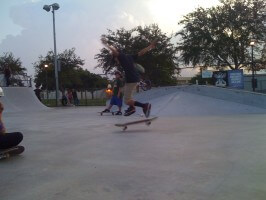 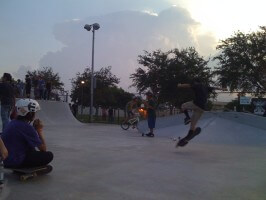 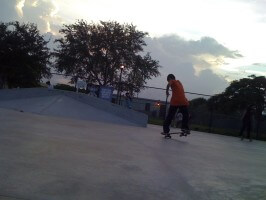 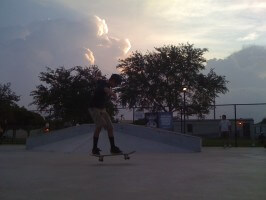 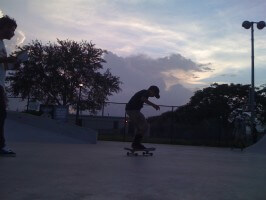 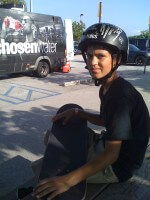